Travels were pretty straightforward. We made it to Lima ten minutes early. We gathered all our luggage and went outside the airport so we could walk down the sidewalk and come back into the airport. That’s the process for catching the connecting flight to Cusco from Lima. 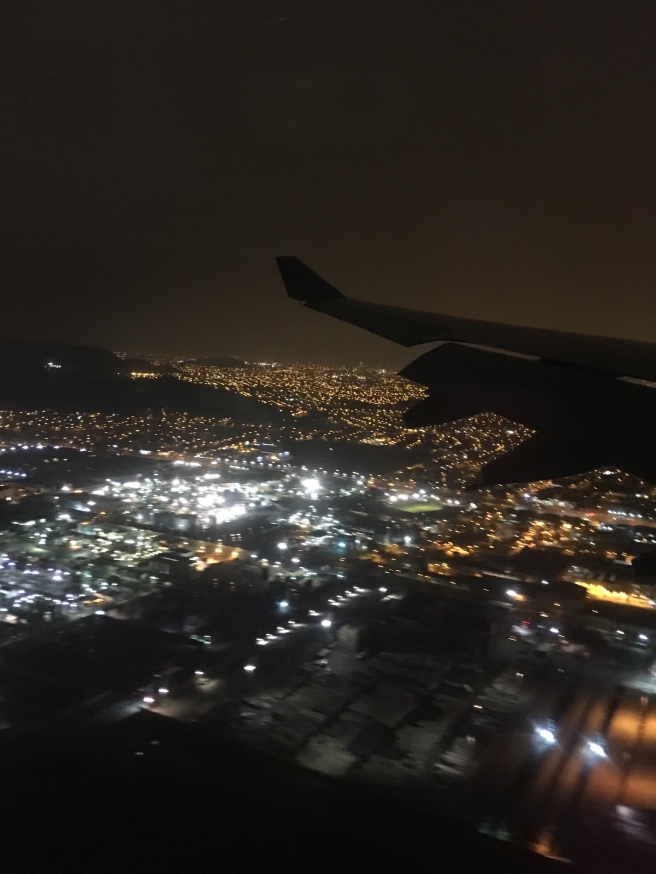 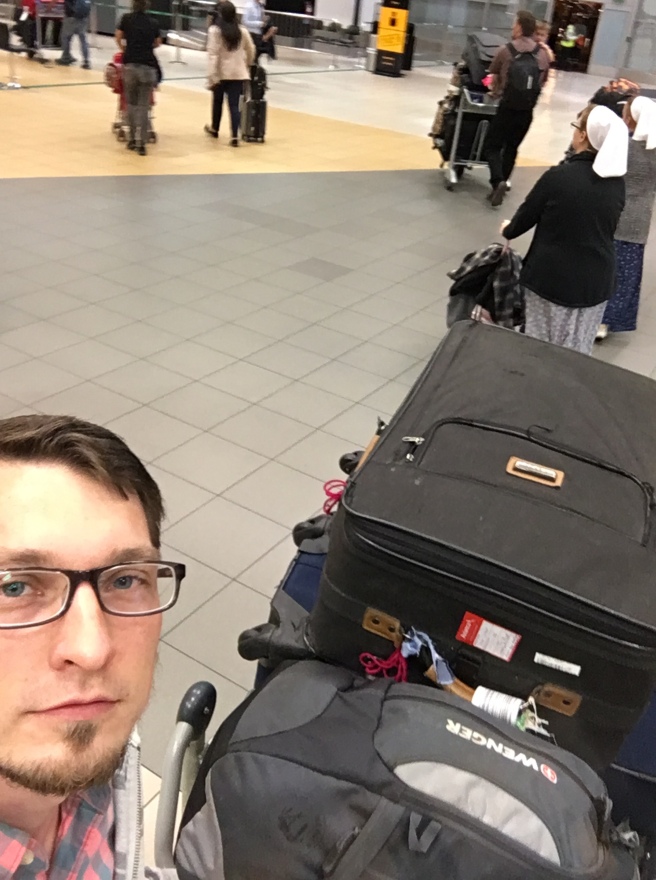 The one case burst open so we paid to have it wrapped. 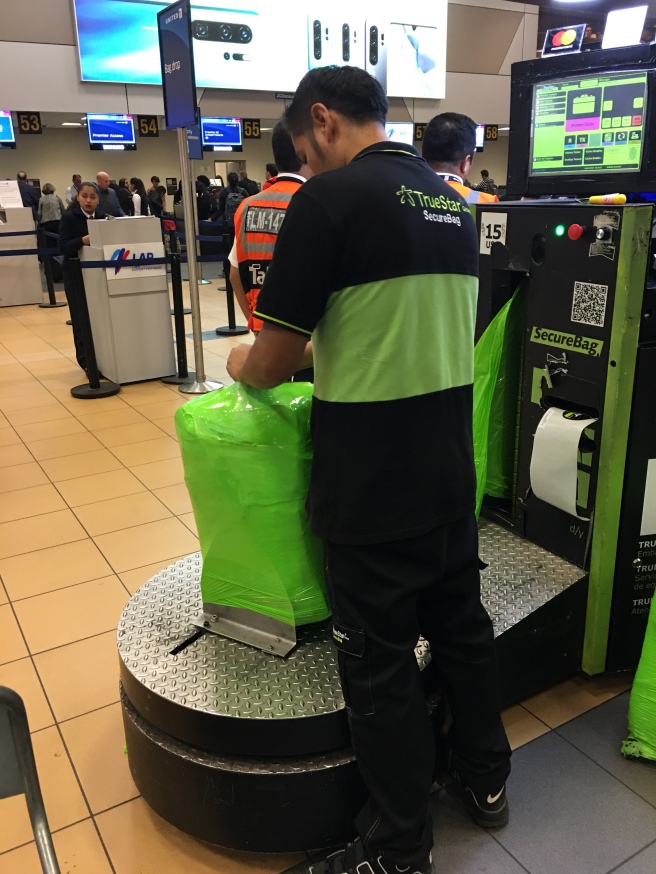 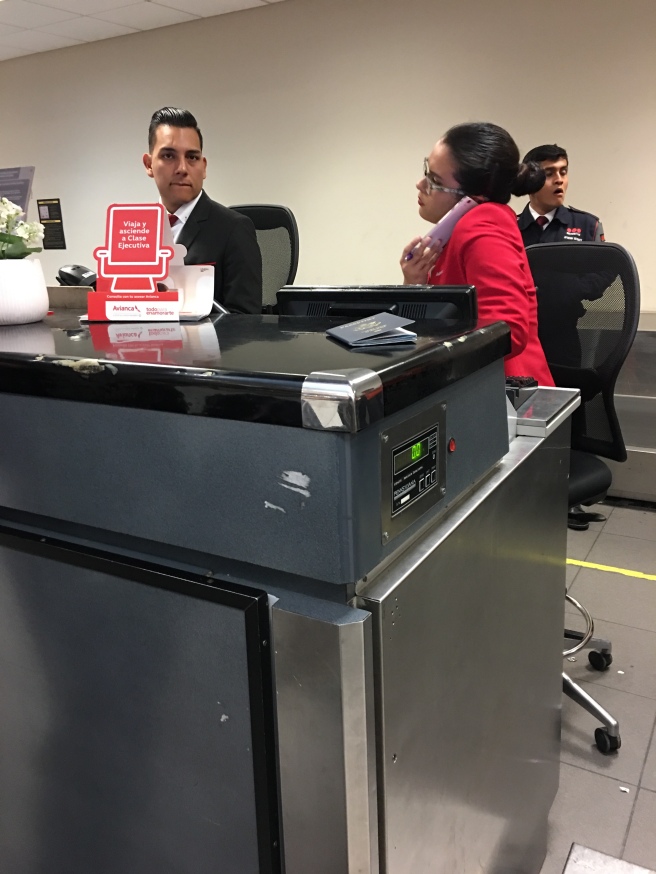 The result was our backs got more of a workout hauling packs and carting cases.

We were able to check in, but we could not go through security until 1:30 the next morning. The children were getting cranky because they were hungry and tired, so we stopped at McDonald’s (#Merica) for some food. 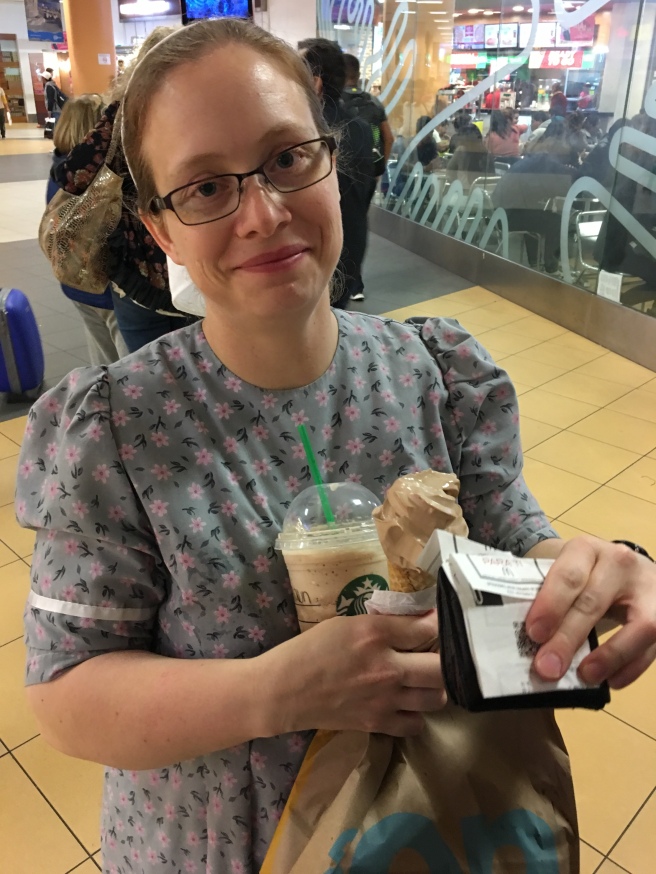 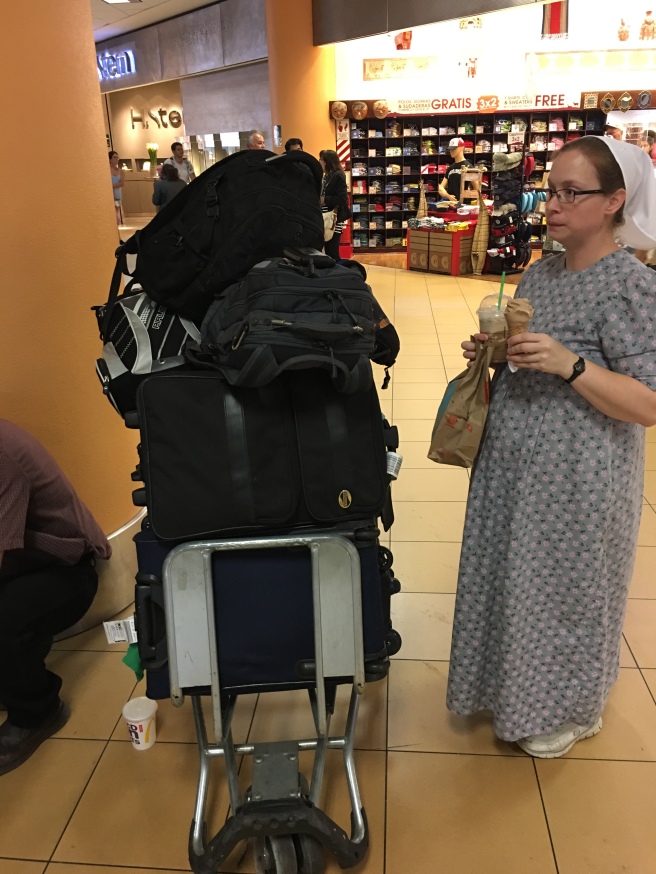 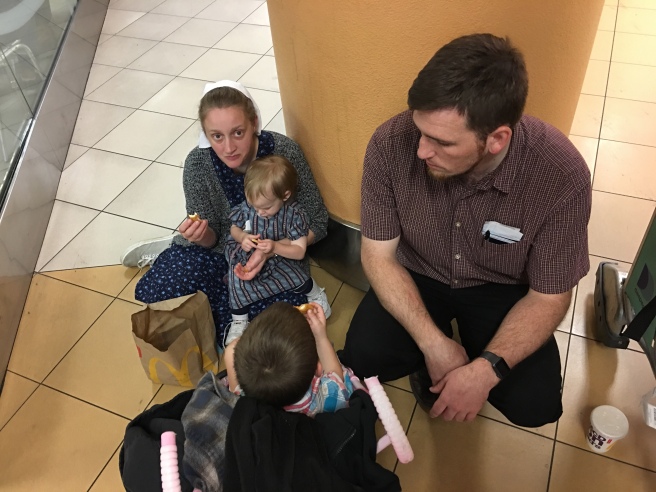 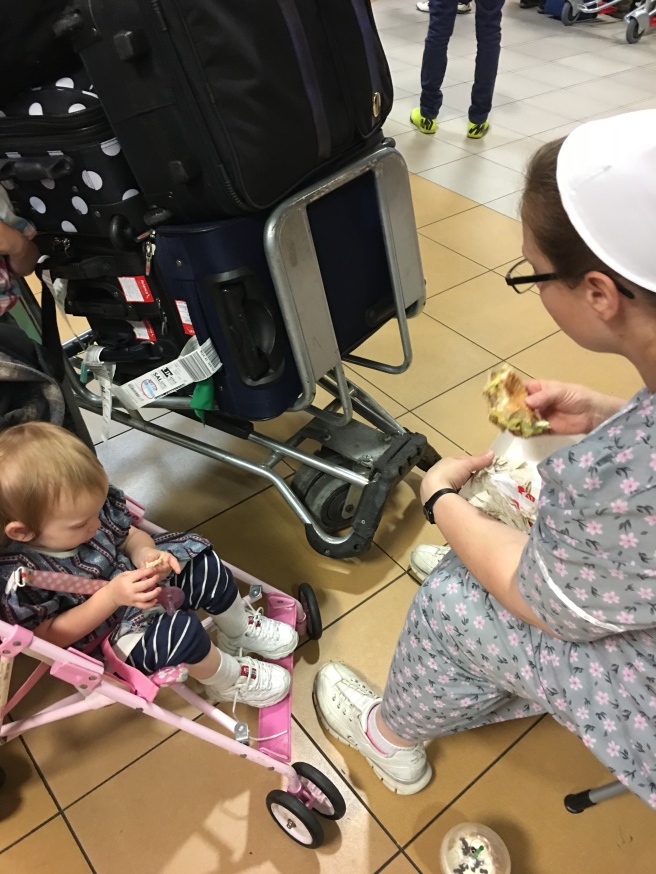 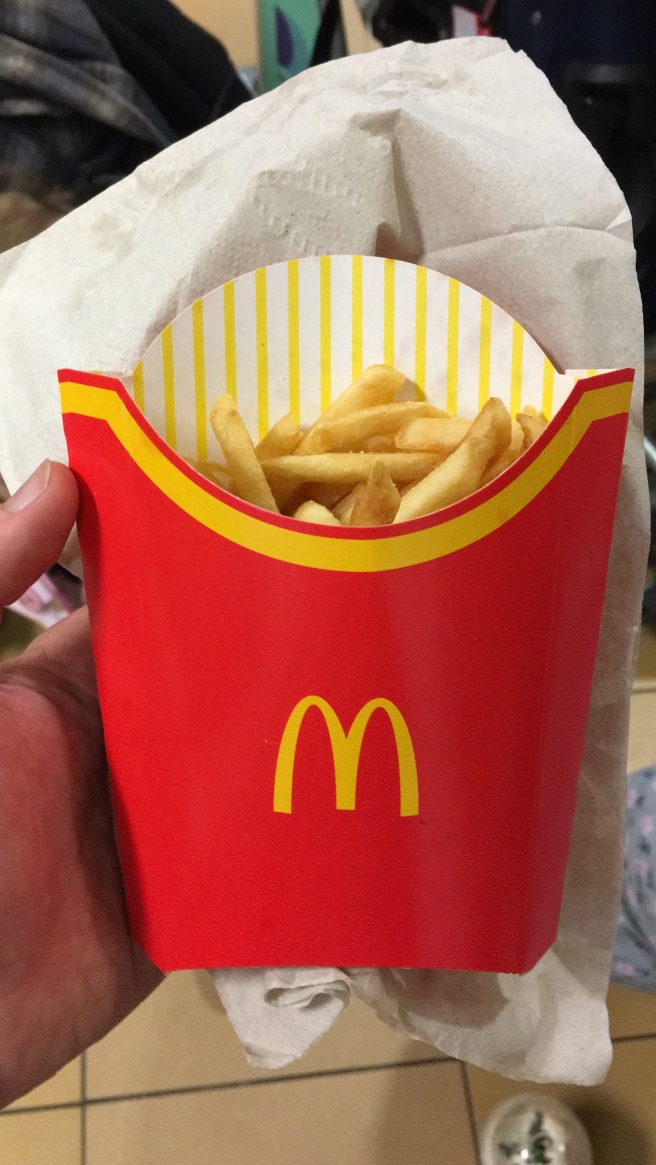 I stayed with all our much baggage while the others went to order. I was crouched down behind our stuff, resting on my heels, when I noticed a woman eyeing our stuff. She walked around to see if anyone was there before coming up to the cart and bumping into the bags.

She then seemed to be considering taking a backpack which had been stuff hidden away in its pockets (unbeknownst to her), so I popped up and leaned over our stuff and smiled at her. She scooted out pretty quick! I need to practice that smile….

Having eaten, we needed to rest. So we found a floor and the others lay down, using suitcases for pillows in place of stones. 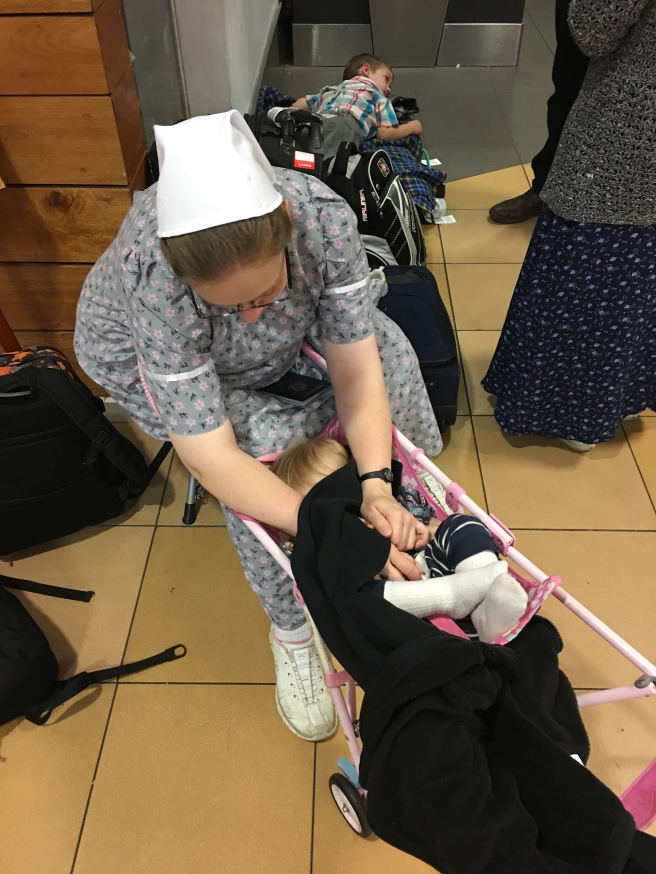 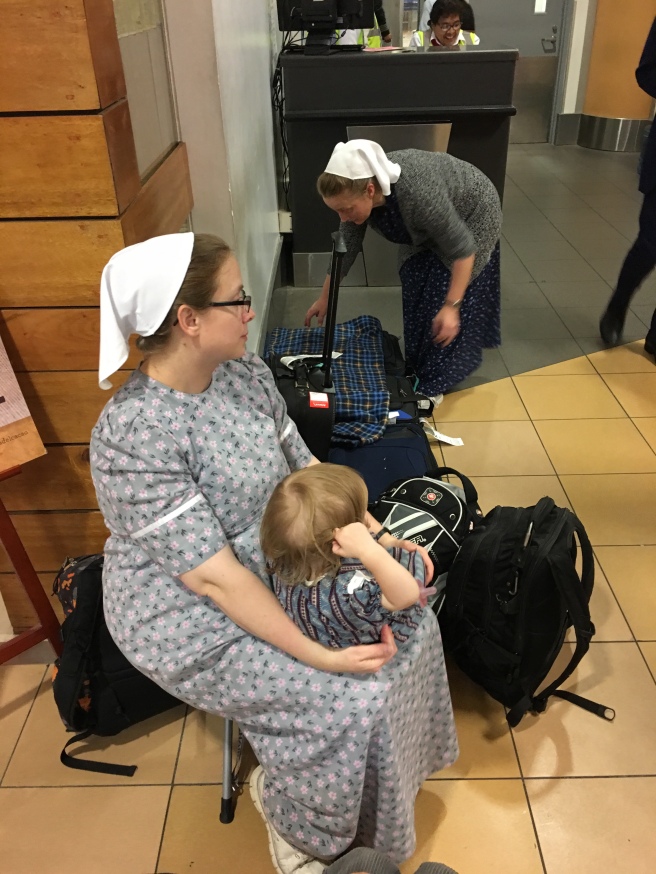 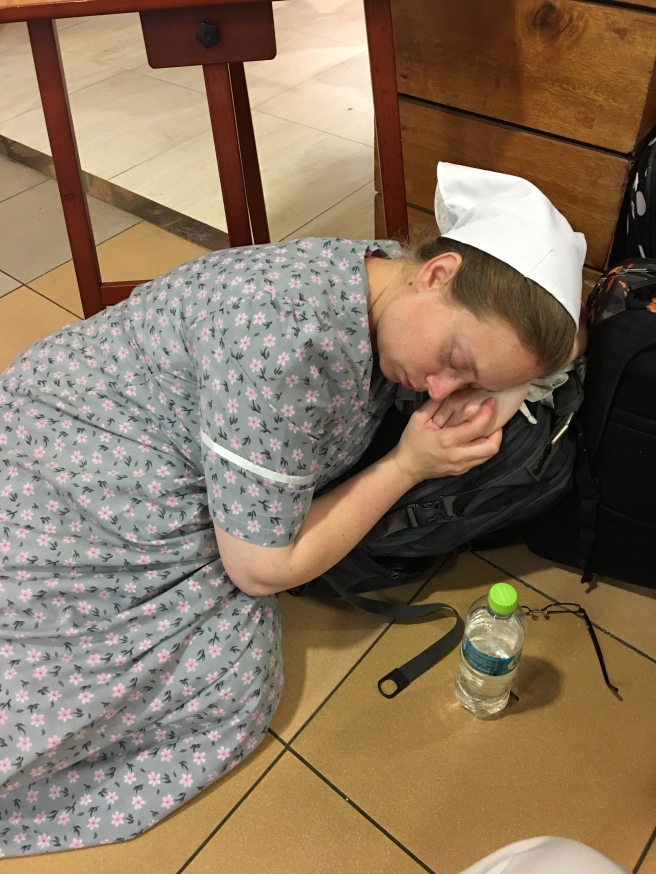 Once nearly everyone was asleep, a kind woman came and told us we must leave this area and go allá. 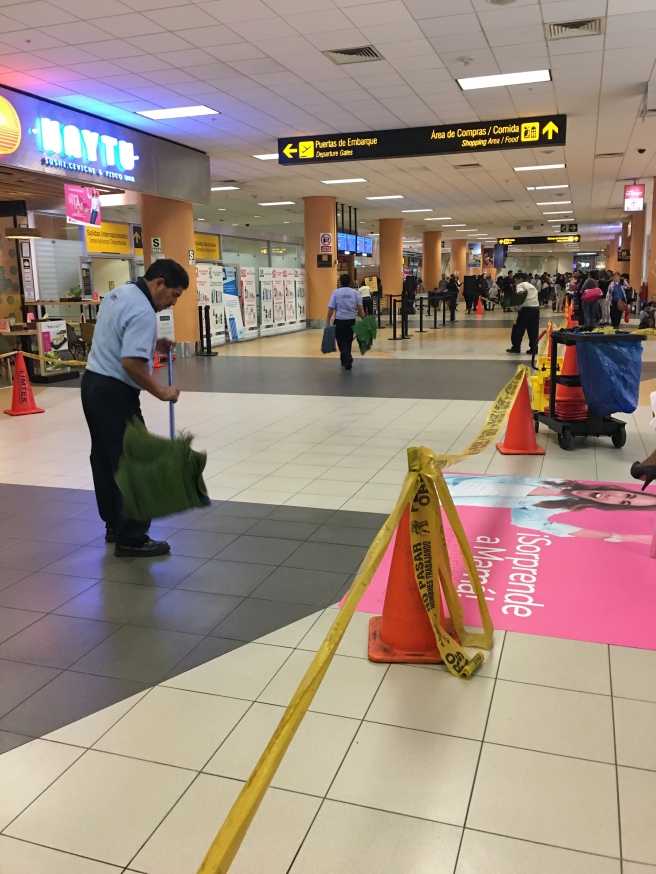 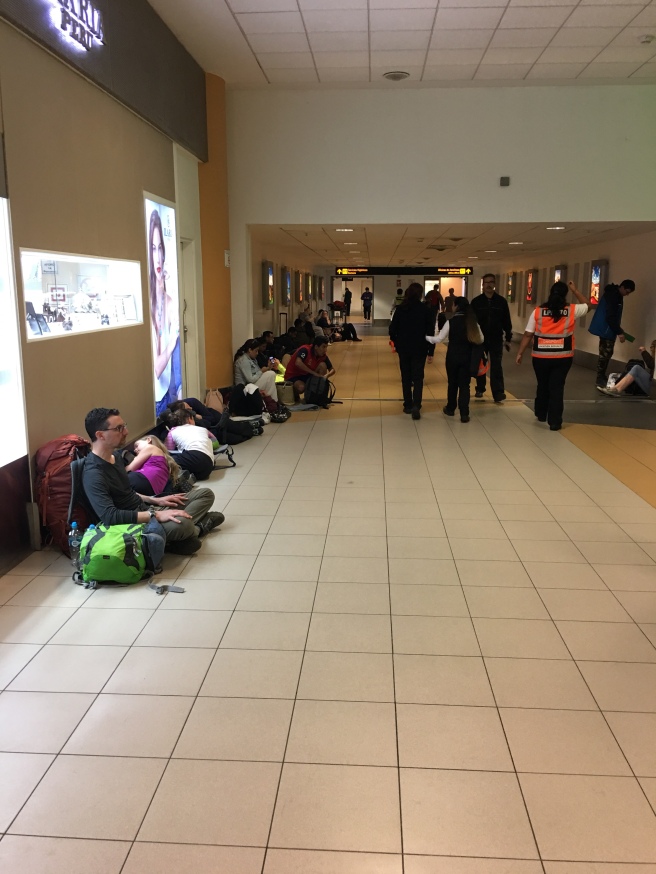 So we did. And everyone crashed again. 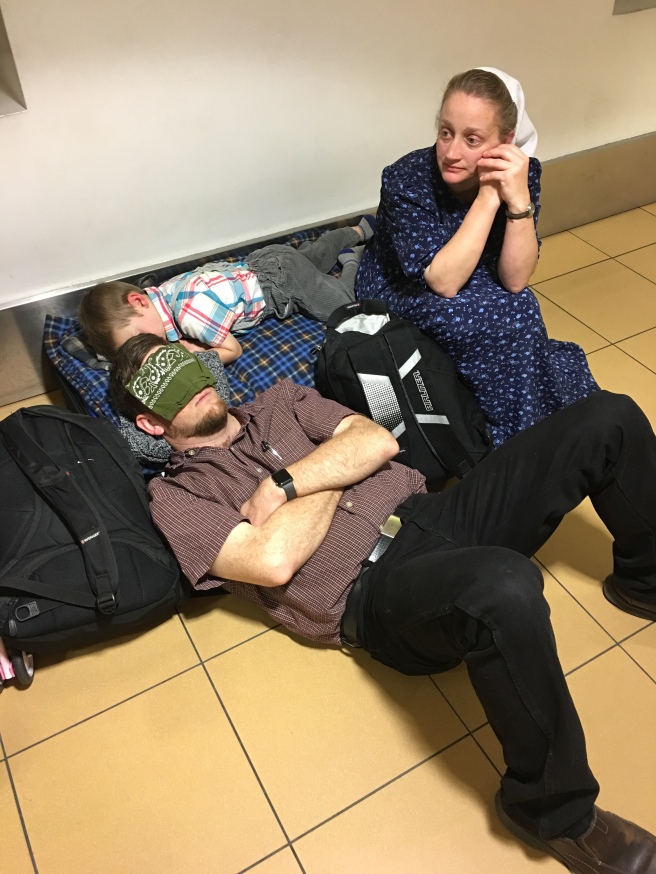 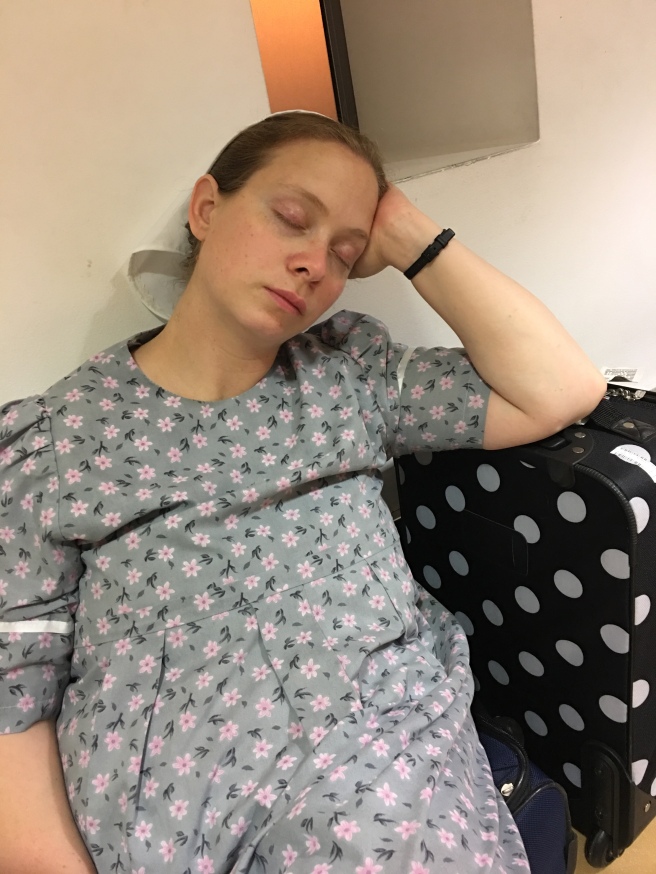 At last we could go through security and into the gate waiting area. Behold, chairs! And everyone crashed again. And the move and the settling were the last, and they rested. 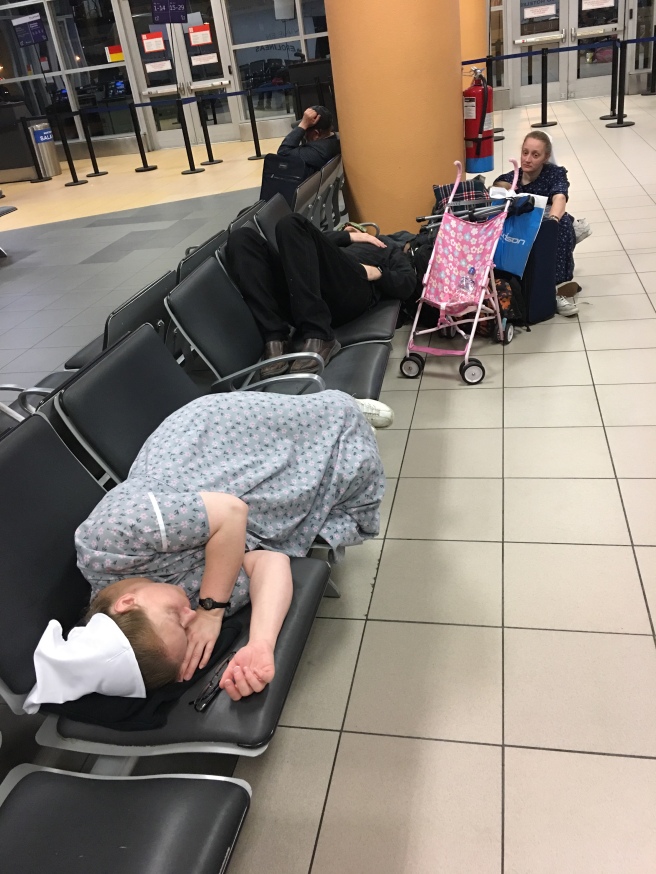 They did. I found coffee. 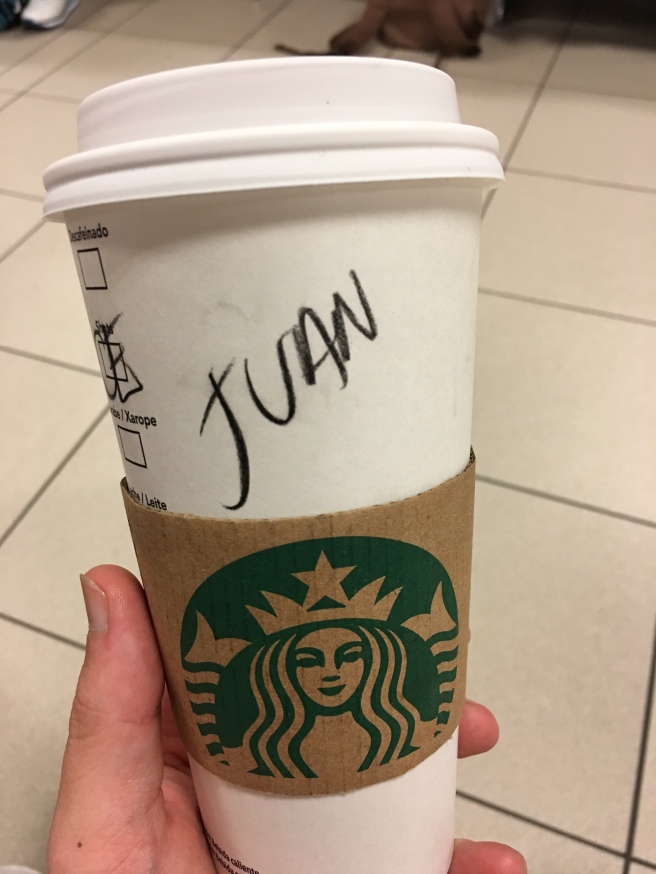 As someone (probably not Abraham Lincoln) once said, “I can sleep when I’m dead.”

The flight to Cusco was short and gorgeous! It was amazing to watch the sun come up over the mountains. I wish pictures could capture it. 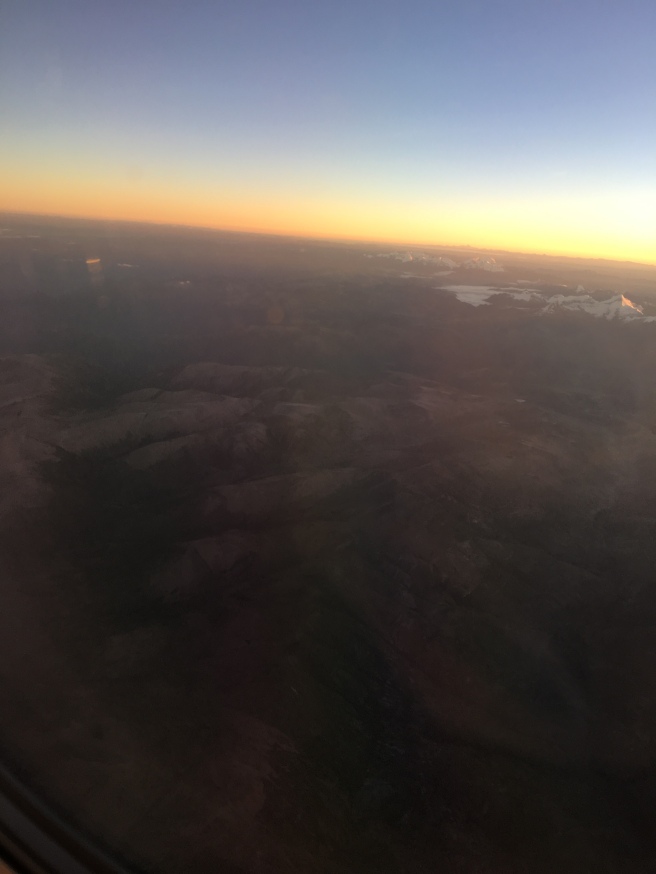 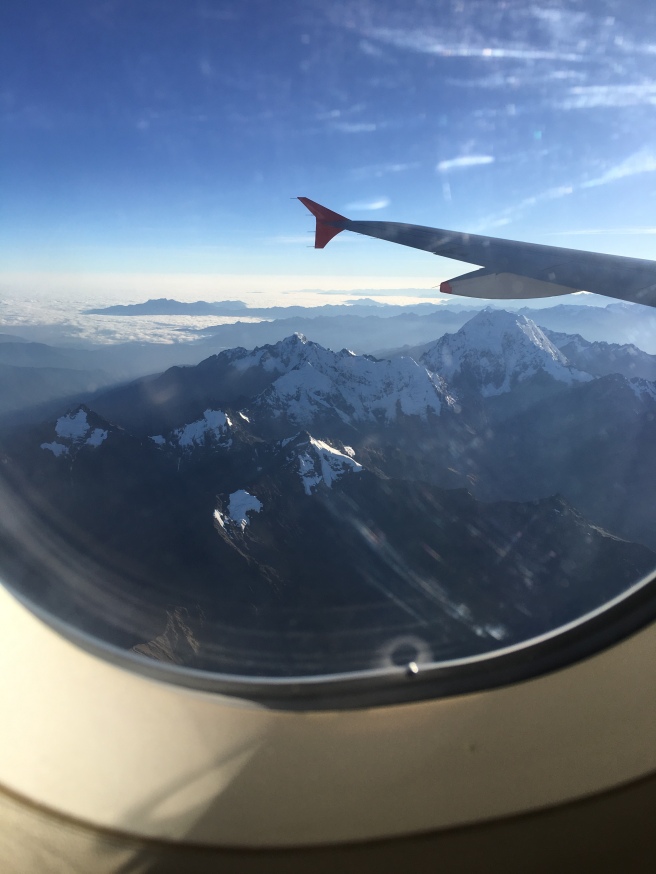 Lamar was waiting for us in Cusco. Such a happy feeling. Now to… home? 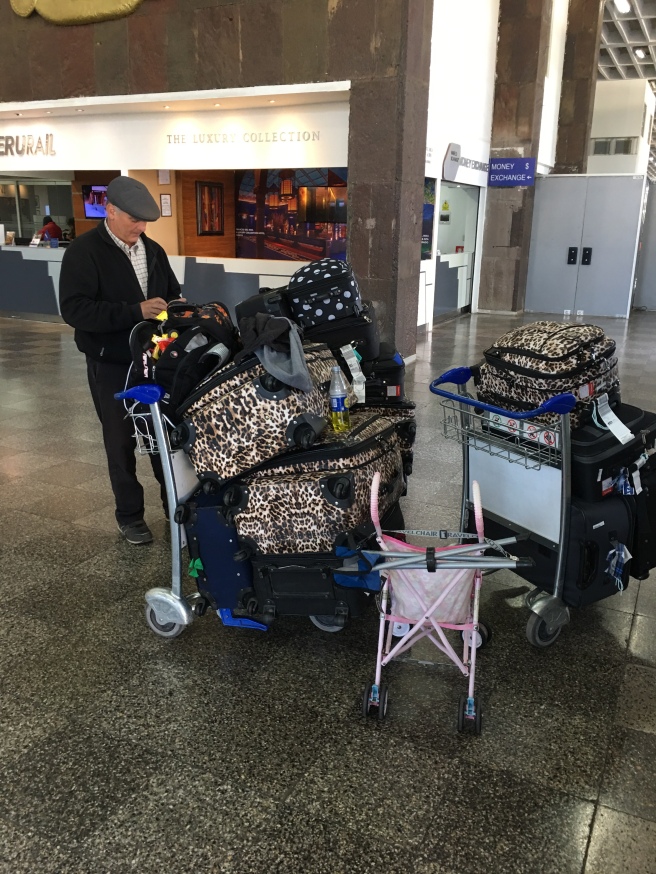 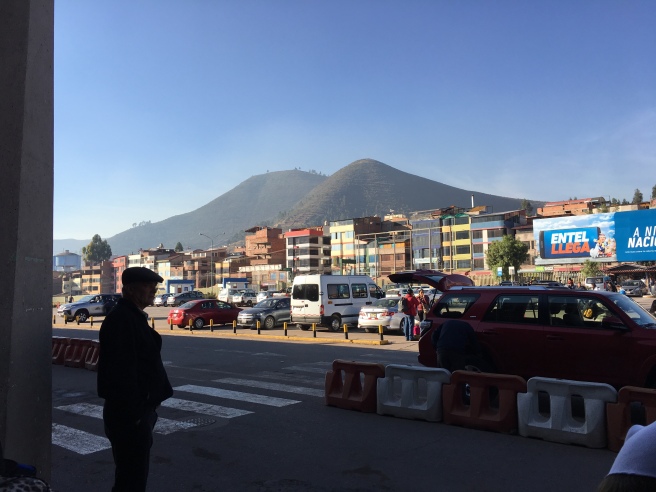 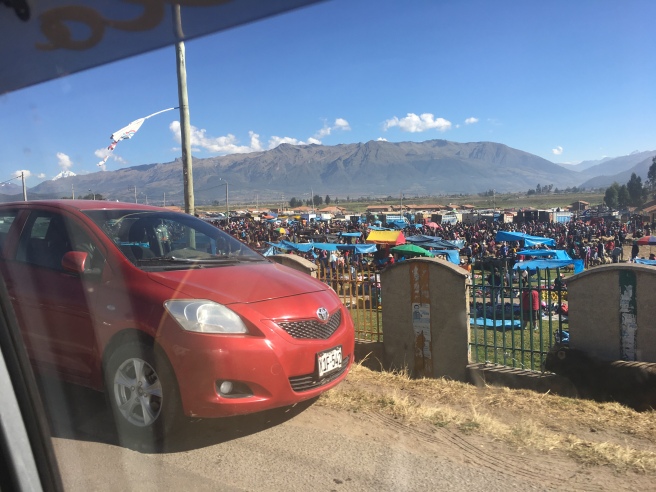 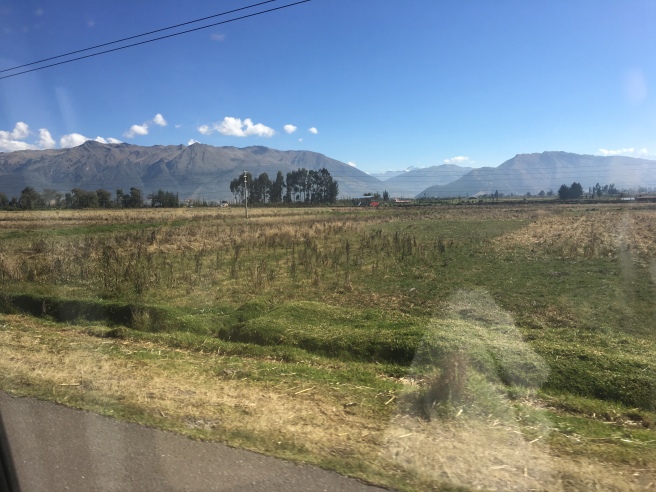