Apparently, they grow twelve-year-olds much better now than when I was a boy. The two that showed up here yesterday had these things called “muscles” that enabled them to pick up large objects with ease. That would have come in handy when I was young–or even now. However, they did not fully understand the laws of physics. The solution “push harder and faster” does not actually make the dresser fit down the stairwell better. Bang! Crash! I was glad for their help; they were fun to supervise.

The highlight of my day was when hauling out my Lazyboy recliner to be sold [Insert silent sobbing], something dropped out of the bottom of it–a gift a dear friend gave me during a very rough season of life, but which had been lost for more than a year! I found courage! God speaks in such beautiful ways. 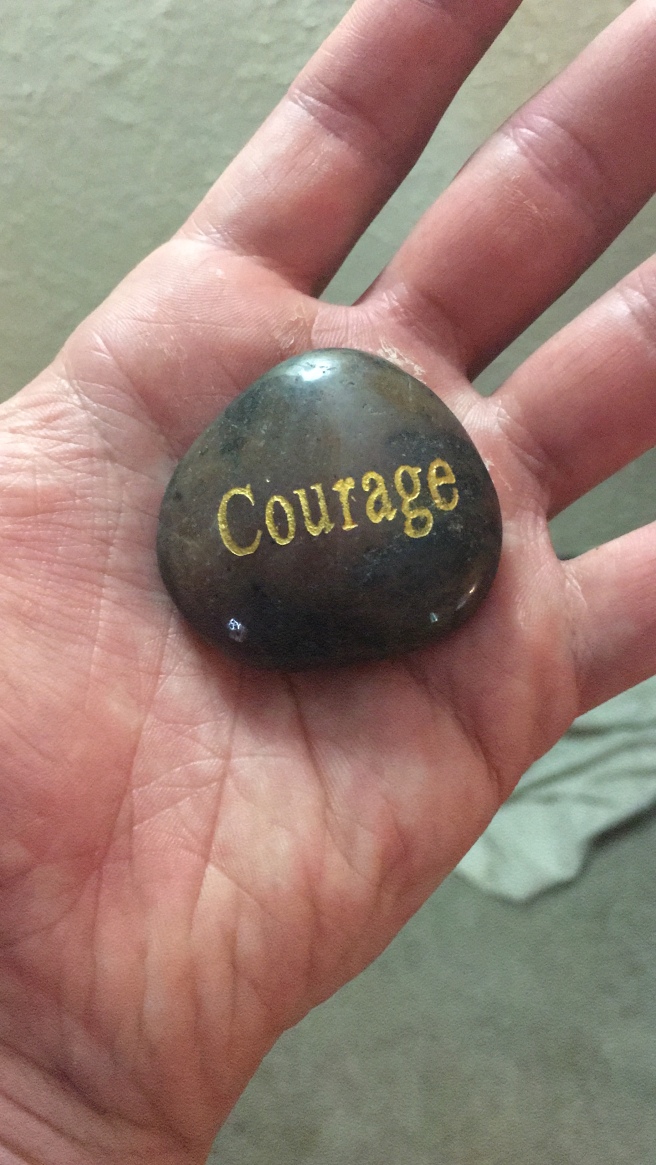 I spent the afternoon prepping the kitchen walls for paint. They are rougher than I expected. I hope to sand and paint today.

The will and the power of attorney documents are signed and notarized. I can now die in peace. Thanks to everyone whose schedules were affected yesterday to make that happen.

My favorite brother-in-law on the Schmidt side shows up today. Now all the projects I had marked as “Too Hard” can start getting done! We plan to move more stuff over to the church gym for the sale. We hope to have a mostly empty house by the weekend. (That should make life interesting.)

BTW, if you’re close and like yard sales that have stuff marked to move, drop by our church gym tomorrow, Friday, or Saturday. Stephanie has stuff priced cheap, I think, but if you really want something that seems out of your budget, let me know. I’ll probably be able to get the price down.

2. Pick up sister and hubby