We left the house not long before noon yesterday. Our flight wasn’t until 4:30, the drive was only about an hour to the airport, so we had plenty of time.

I confessed to the others in the van that I’d been fearing calamities all week that would keep us from going. We prayed, and I asked God to increase my faith.

We had smooth sailing toward DC, which is a rarity in my experience. Only a few miles from our exit I noticed some odd movement out the passenger side window. A pickup truck beside us was carrying a light extension ladder, but it was lifting out of the truck bed. Suddenly it flipped out, missing us and hitting the interstate, spinning.

I watched in my mirror in the seconds following and was amazed to see the ladder spin just so Levi’s van behind us drive right along beside it without hitting! Praise the Lord.

At the airport we unloaded all our bags. We ended up being one short, due to a miscount. Levi led us in singing “Till We Meet,” then he prayed for us. Goodbyes all around before we headed inside.

At the counter we had a surprise. They said they were sorry, but we couldn’t fly to Peru without a return ticket. We tried explaining our situation. The lady suggested having our mission write an official letter that they could accept as religious work, but when I told her I would, she said it actually wouldn’t work.

The only choice, they told us, was to buy return tickets for later in the month with the intention of canceling them for a refund within twenty-four hours. Goodbye, nearly $5,000!

With the tickets purchased, they allowed us through, but they said we need to hurry because our flight was boarding. Thankfully, we had a very helpful gentleman, Maxwell, who shuttled Stephanie on her wheelchair and helped us get where we needed to go.

We took the train from the main building to the gates, but when we reached the final stop, the train shut down and flashed “Out of Service.” We were stuck. The doors would not open. And we had precious few minutes to spare.

Somehow it all struck me funny. The incredulity of my morning was getting to me. You can either laugh or cry! My eyes had been leaking at various points ever since I woke up, but in that moment, I laughed out loud at it all.

It felt like roadblocks were being thrown in front of us right and left. The light went on, and I realized this fight was not mine, but God’s. I was just the focal point. I felt a great sense of peace, knowing you prayer warriors were keeping us lifted to the throne.

The doors opened. Next stop, the fateful elevator. Remember the trip in May had an elevator of trapped people? We all piled into that very one. I smiled as the doors shut, ready for anything. No problem.

TSA was jam-packed. Time was running out. Our guide was very bullish about getting us through the line. He even helped Shawn get his shoes off and tied them on him again once through security.

We were the last ones to arrive at the gate. There were about half a dozen people needing their tickets scanned yet. We were on to El Salvador with a few minutes of cushion.

The children loved the plane ride. They were super excited with seeing the plane up close, and even touching the side of the plane as we boarded. Wow! Takeoff put them on cloud nine–at least if I counted the clouds correctly.

The only trouble was Seth’s boundless energy being confined to only a few cubic feet. Once Jolynn looked properly haggard, I took him and wrangled him for the remainder of the flight. We repeated that process with the following flights.

In Lima we needed to gather up all our luggage again–all twenty-three pieces. Steph again had an excellent assistant. Unfortunately, two pieces of luggage were held back and sent to security, we were told. They were two large gray totes. They said we would collect them at check-in.

But the kind lady at check-in said luggage is never sent to them. Our guide went out of his way to find the missing pieces. Daniel ran to get them, once found, and made it back just as we were finishing checking in the final pieces.

Security check was a bit more complicated this time. They searched my bag and had us remove things from two others. But we made it through okay. We then went in search of the gate.

A guard stopped us and told us we couldn’t go a certain direction, but our friend slipped him a gift of some snacks from his own stash, and suddenly the way was opened. The cleaning people tried to say we couldn’t sit near the gate, but the guard told them to leave us alone, so they did.

Everyone crashed in exhaustion. Except for Seth who was raring to run. Jolynn stayed up with him to let him run off his energy. She’ll have to crash later. I stayed up to watch the stuff.

We had received an email saying our flight flight out of Lima to Cuzco would be fifteen minutes early, but it ended up being bumped up a bit more. We were seated on the plane before 6:00.

I zonked out on the hour flight over, missing breakfast and coffee. We arrived in Cuzco at 8:00. Lamar and the taxis were waiting for us. Daniel took the carry-on luggage and some children out while I waited for the check-in stuff.

Some fellows asked if I needed carts. I did. They loaded it all up and hauled it out for me ; then they told me they charge 2 Soles per bag. I didn’t have Soles, so I sent Lamar to deal with them.

We zipped through Cuzco and headed down to the valley. I once noticed a speed limit sign for 35 kph and observed our driver was doing around 90. But I don’t quite jump out of my skin over the ride like I would have used to.

In good time we made it to the farm. We’re home.

After breakfast I struggled with emails and websites and phone calls to cancel the flights I made yesterday and the CSA insurance. The lady said it was 22 hours and 30-odd minutes since I made the reservation, so I was still under 24! Free cancelation.

Steph and Jolynn are sleeping. Beulah, Juanita, and Alicia are trying to keep all the children out of the ditches of water in the meantime.

Soon Lamar and I are heading to visit the president of the community to see about water. 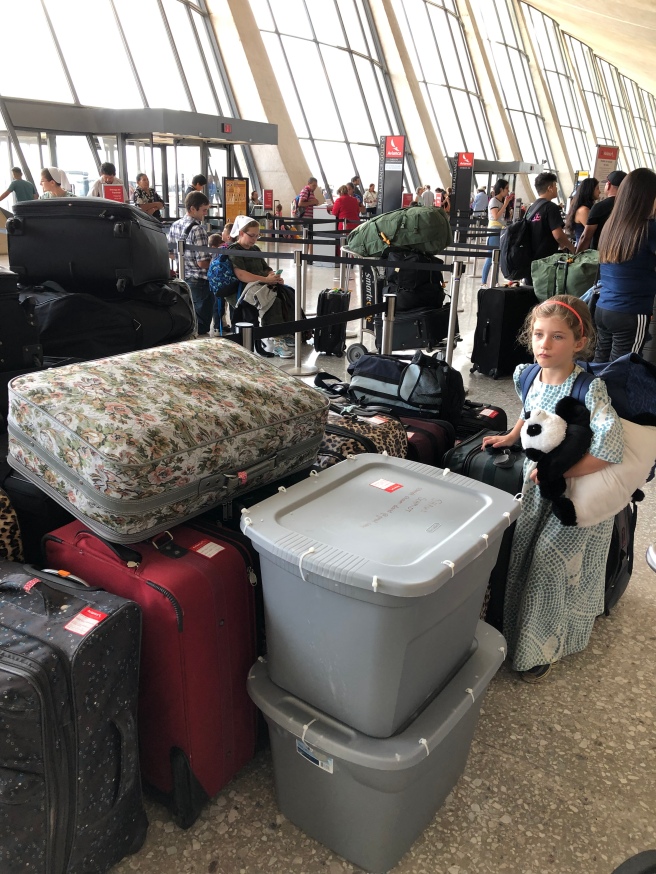 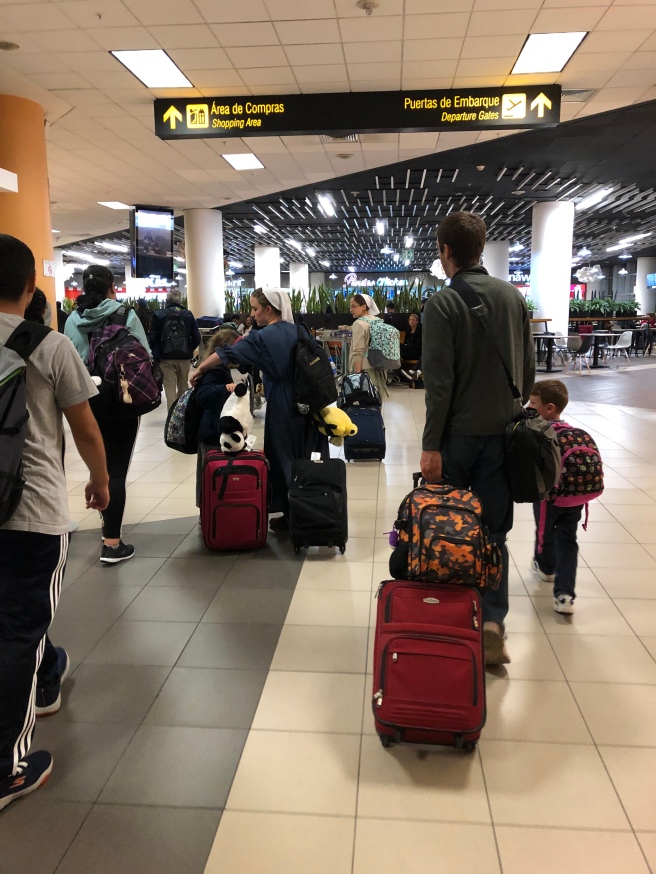 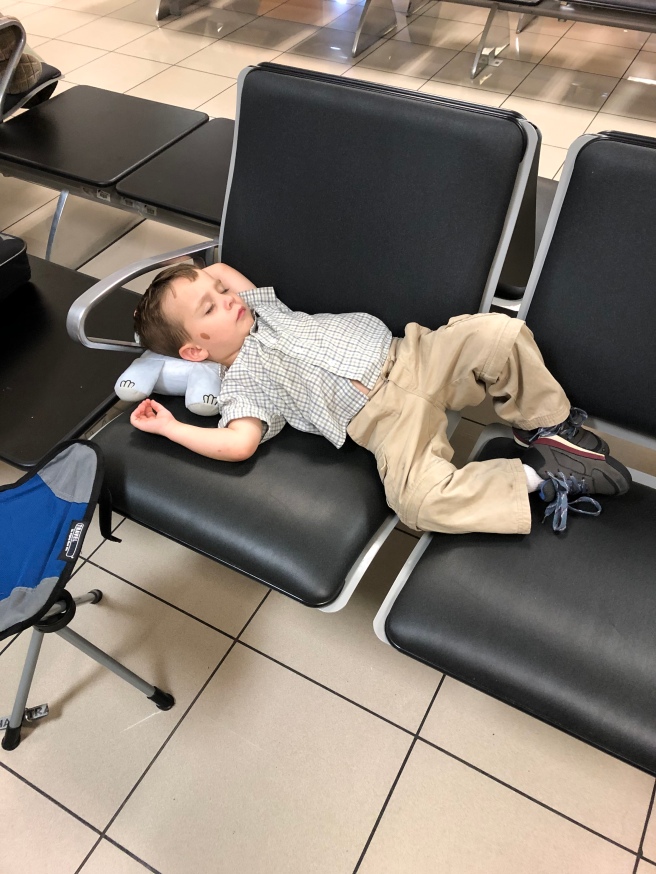 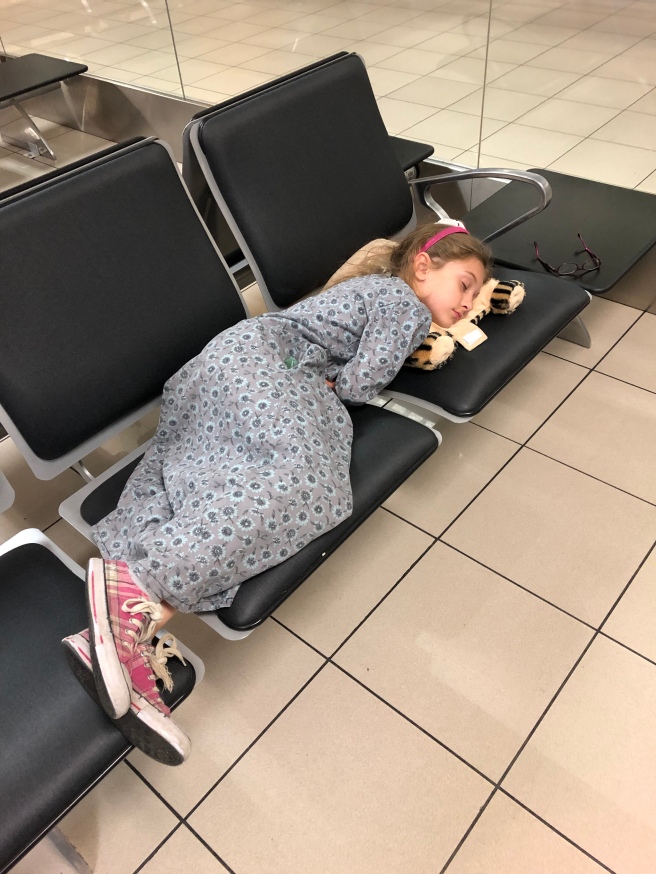 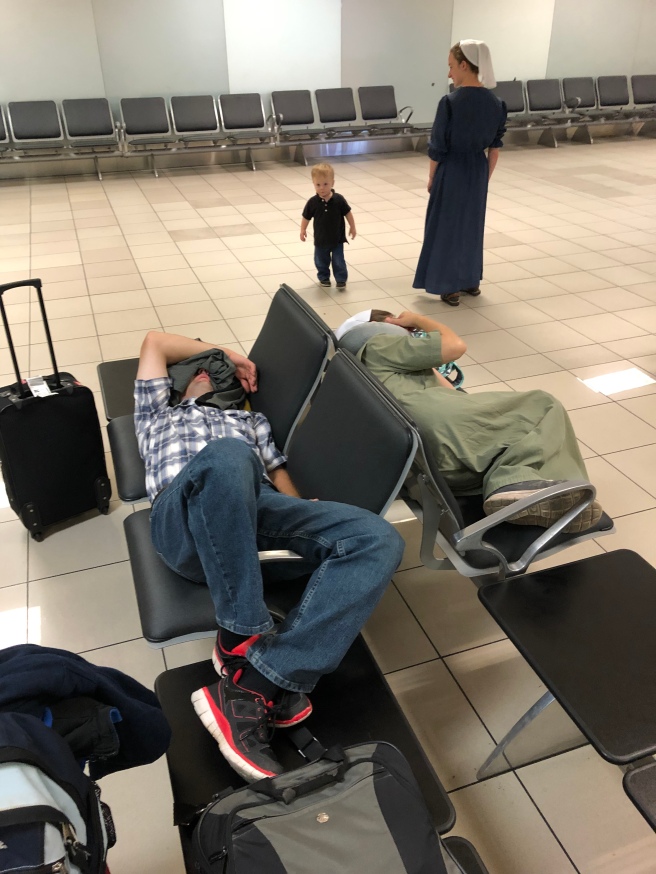 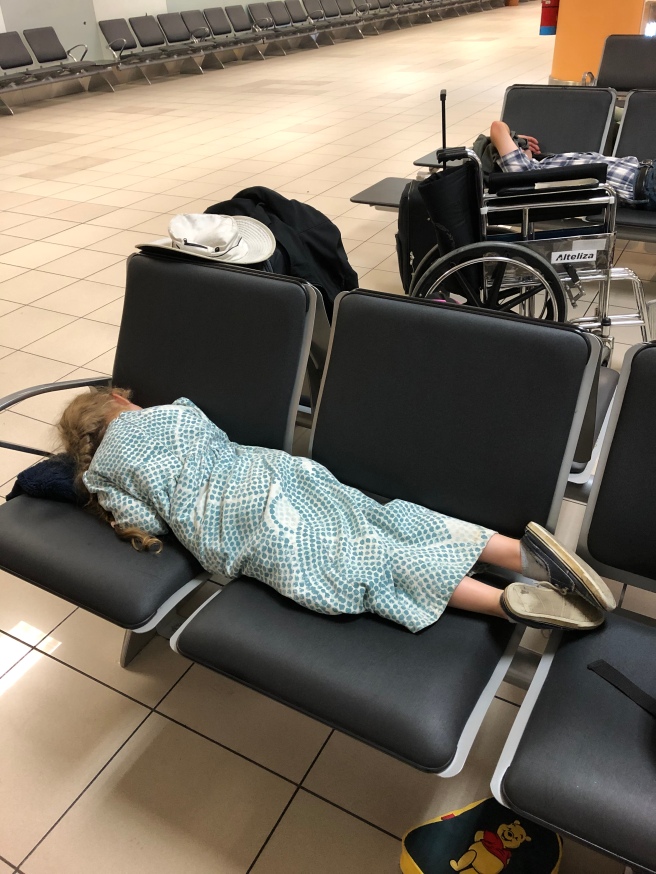 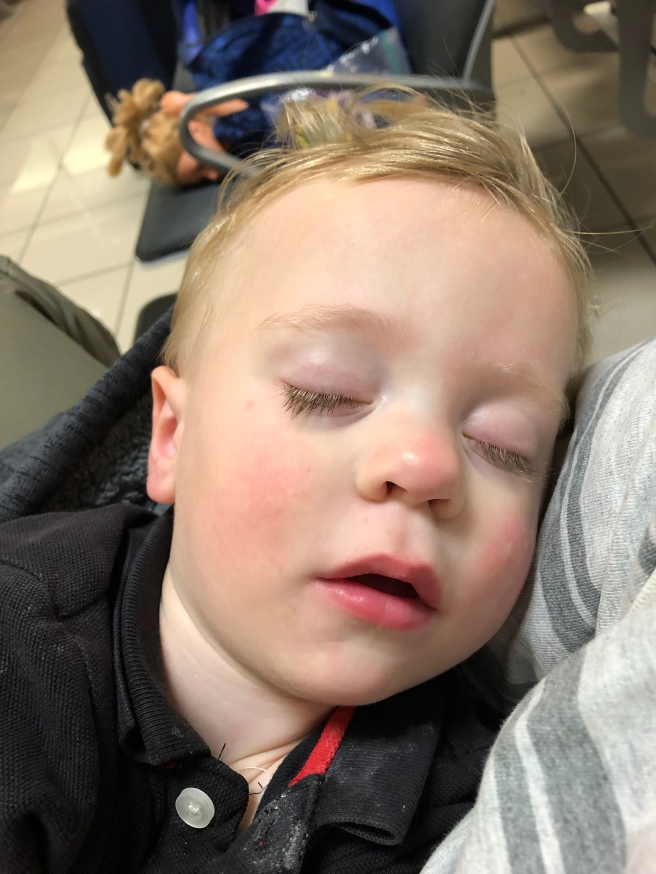 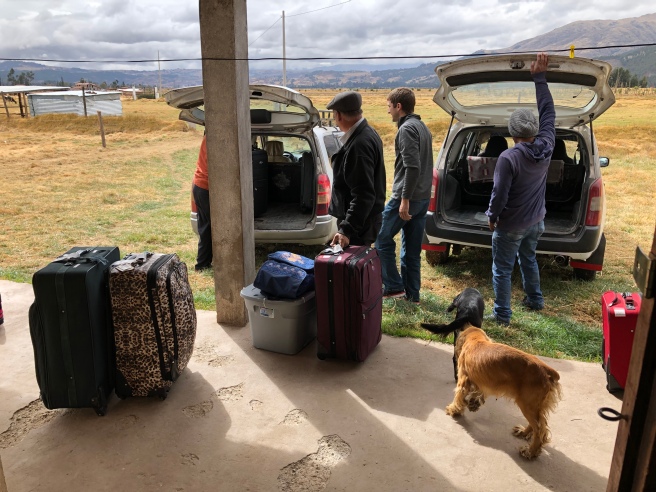 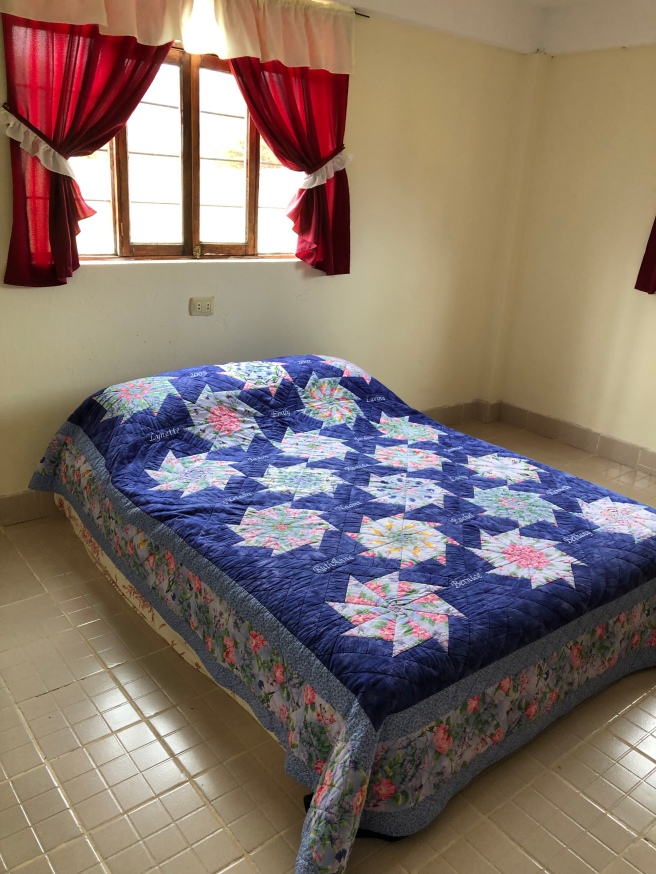 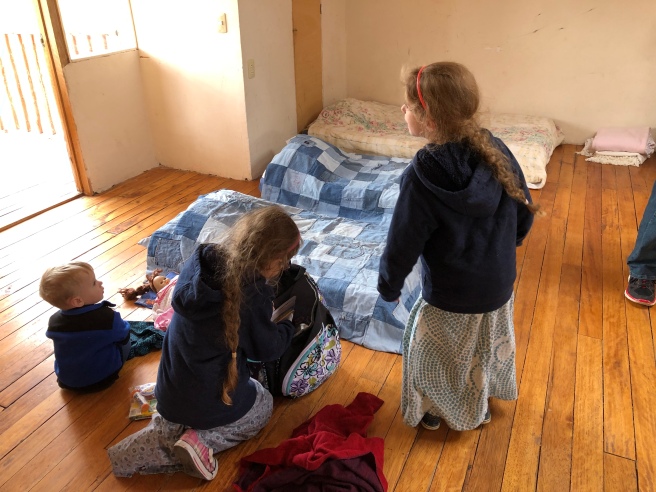 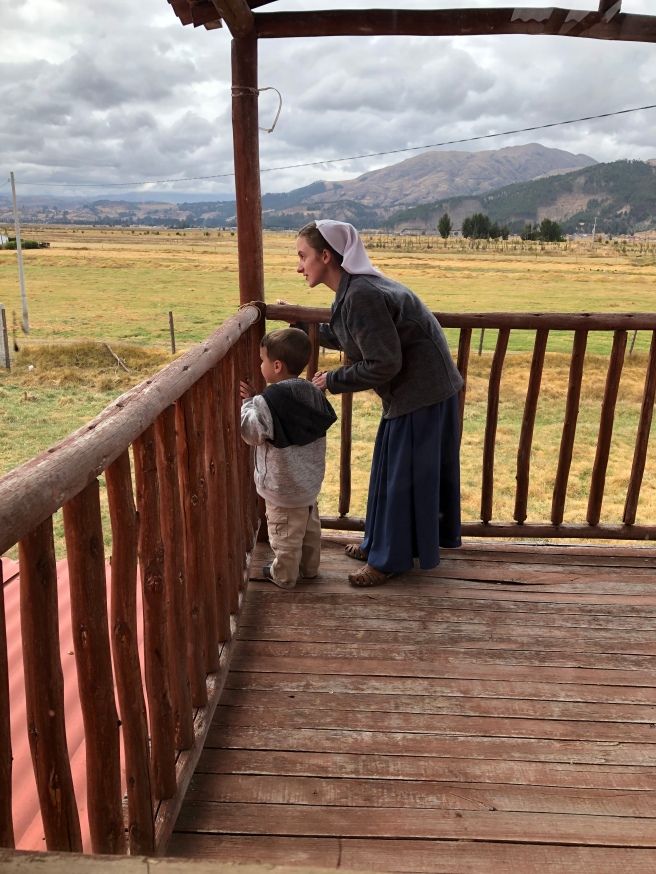 P.S. The coffee has fresh cream from Estrella the cow. So good!

I'm a follower of Jesus, living life in Perú. Stephanie and I have six children, aged eight and younger. View all posts by Juan David