Yesterday we had services in the new building in Izcuchaca. We have enjoyed having church close to home, but we’re looking forward to having a building in town. People walked by during the service and looked in with curiosity. I hope the word spreads and more people join us.

We had Alicia and her son Walter’s family with us. That brought our number to eighteen. That is the most we’ve had so far.

We heard yesterday afternoon that Rene is out of the hospital and at home now. We are disappointed we could not visit her. Perhaps we can visit her at home or help in some way. We’re praying they will be willing to let us show kindness.

Our neighbor, Oscar Pacheco, invited us over for lunch. They made huatia in a dirt oven. It was fascinating to watch. It took right at half an hour for the potatoes to get soft. That is faster than boiling them! The meal was very good; although, I am still acquiring a taste for the cheese and the herbs they use in their sauces.

The house was pounding with music at the beginning. They lowered the volume to deafening, then to painful. Oscar asked us what we listen to at home; Lamar told him, “Christian,” so Oscar changed it to a Christian station, which some of us thought was worse than whatever was before. Lamar and I took opportunities to turn the music down when we were left alone in the room.

One thing that stood out to me was when Lamar gave thanks for lunch, Perci and Lucrecia, the hired help, prayed aloud (I think in Quechua). They seem to be a nice couple; I would guess they are Pentecostal, but I’m not sure.

After lunch we played volleyball with all of them and some of Oscar’s cousins. Oscar had said he wants us to be in harmony as a community. He has suffered at the hands of his uncle Celso, who was the fellow who had caused the farm so much trouble over the years. May God use us to win that family to Him!

Lunch was supposed to be at 1:00 p.m, so I think we started eating at 2:30. That meant we were rather tired till the activities were over. We had the children take short naps, which resulted in them waking up cranky. We had pretzels again at Lamar’s; next time we may try egg sandwiches for something less labor intensive when we need rest.

After supper, we tried to read children’s stories to each other, but it was just too hard for all of us who weren’t moms! My head was hurting from laughing so hard. We then played Occupation before heading home.

Steph and Jolynn and Seth were up through the night with various troubles. They are pretty tired today, so we had a late start to our day. School is done now. We are soon headed to Alicia’s for a surprise birthday party for her. I forget her age; it’s somewhere in her lower sixties.

This afternoon I want to work on the computer a little, then try to put a door on the chicken tractor. We’ll see.

The carpintero is planning to come measure up kitchen cabinets this afternoon if we can make the timing work for us all. I confess I find it exceedingly difficult to be patient with the way promised appointments are completely disregarded. I feel such a need for my selfish heart to become more like Jesus. You can pray for me in that. 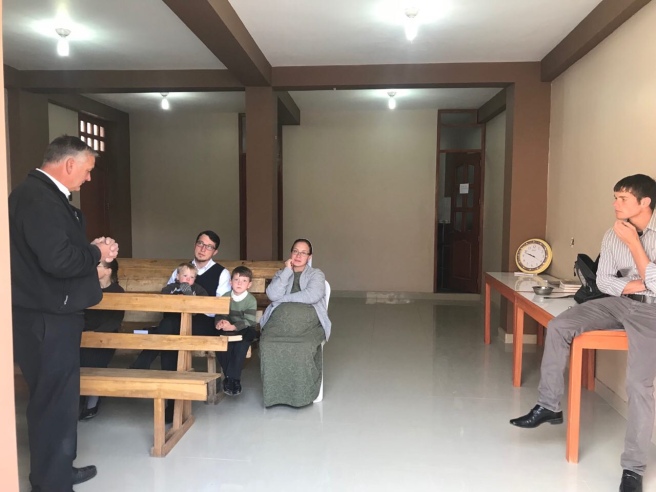 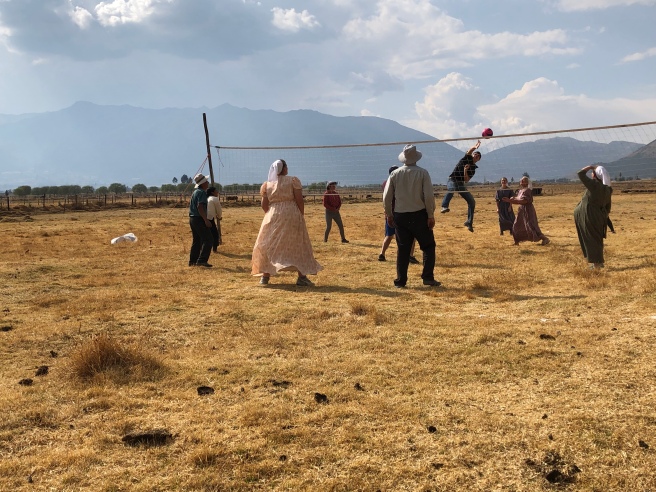 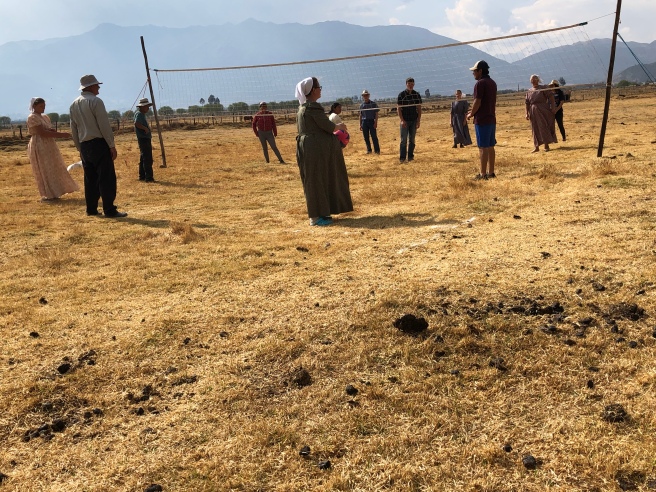 I'm a follower of Jesus, living life in Perú. Stephanie and I have six children, aged eight and younger. View all posts by Juan David