We had a lovely time celebrating Alicia’s birthday. They had a meal in a dirt and stone oven similar to the one Oscar’s used on Sunday. It was a bit more tidy and timely and better seasoned; we enjoyed the food far more.

Peruanos eat a boatload of food for normal meals, but for celebrations they outdo themselves. I have never eaten so much cake in one sitting, I don’t believe.

Our boys enjoyed playing with Walter’s boys again (except when Dane was shoved into a stone wall). They got along fairly well; although, Walter’s boys spoke only Spanish. I expect our children will learn quickly that way.

Just as we were leaving, their four-year-old fell from the upstairs balcony onto his head, scraping his face and arm as he slipped through the railing. Thankfully, nothing was broken. The boy’s back and neck were out of place, but I was able to adjust him back into place. He was up and ready to run in five minutes.

We were close to José’s house, so we stopped for the ladies to visit René. She is doing quite poorly. She seemed glad for their visit and promised to visit when the baby is born.

Lamar and I went into Izcuchaca and picked up the carpintero. He measured our place first, then Lamar’s. It seems promising that he can do it for less than the other fellow.

The water heater gas ran out, but the new tank didn’t fit the regulator, so I changed the regulator (thankfully I had bought the other model for such a time as this). Howsomever, the new regulator blew apart its insides and propane started gushing out. Turns out the regulator was put together with a finish nail. Maybe not a great idea.

I was able to buy a new and better regulator today on the way to Cuzco. Lamar and Juanita had to go in for migration stuff, so Steph and I went along. We wanted to do some steps for our migration process, too. We had the pleasure of waiting in long lines–seventy-five people long. But we all got everything done we’d hoped to.

We also managed to do our Cuzco shopping today, too, getting home at 6:00 p.m. I was glad I could help a Brit who couldn’t speak a word of Spanish to get some stuff at a pharmacy. I also met a family from Canada. They are taking a year off and living in a different country each month. They have been in four South American countries so far.

Back in Izcuchaca we talked with Rafael about getting stone and a rented backhoe for the driveway and septic work. Sounds like that will start next week. 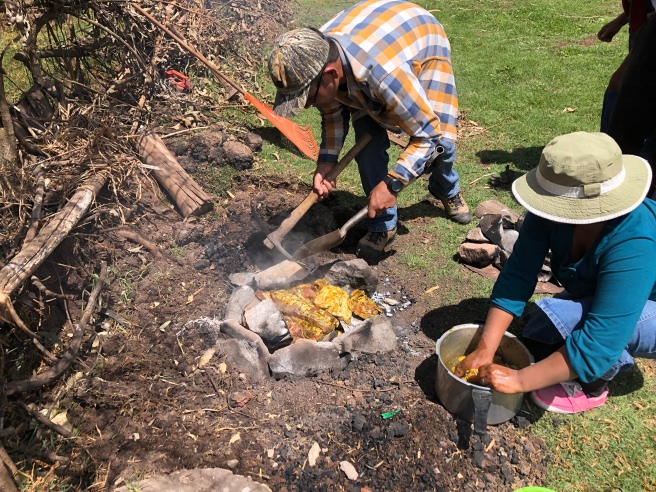 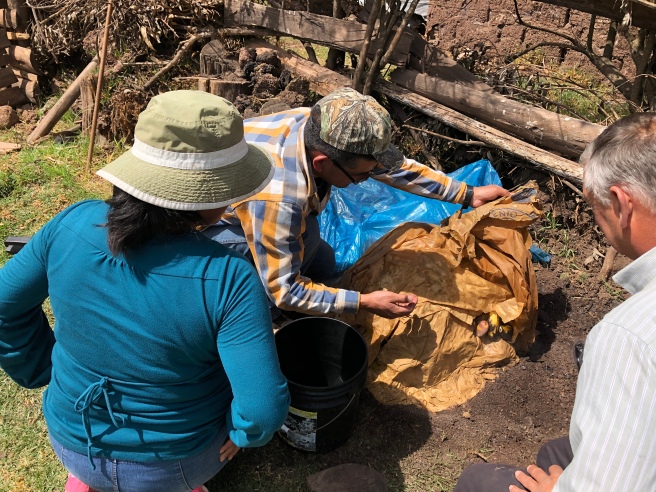 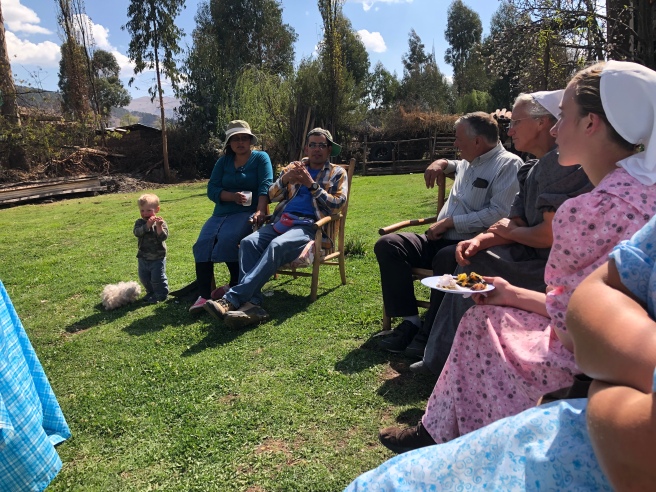 I'm a follower of Jesus, living life in Perú. Stephanie and I have six children, aged nine and younger. View all posts by Juan David