Well, we did try.

First off, yesterday was our 134th mensiversary. To celebrate, Steph suggested going into town as a family for something special. We decided going for lunch at a Chifa (nominally Chinese, definitely Latino) restaurant.We also stopped in to say hello to Rafael and Elisabet.

On the way we were spotted by Andrea and forced to drink large quantities of chicha de quinua. The people in town love that Walter is peruano. It’s a little hard to keep him away from them. Half an hour later, we were on our way again.

Along the way to eat, we met a man named Daniel who knew Levi’s and Gordon’s and many others. He was very pleased to meet us and kept saying it was a milagro. He said he had no place to sleep and wanted to stay with us. I told him we’d need to speak to the pastor first.

I tried calling Lamar, but we couldn’t connect. I asked Daniel if he could talk with us again when the pastor was around, so he planned to come after he finished trying to sell books on the streets in Izcuchaca. He said he’d be to the farm at 6:00.

I managed to miscommunicate with Lamar’s, so they were surprised when Daniel showed up not long before bedtime and needed a place to stay. Sigh… It looks like he will be with us for a couple days. He has a wife and three children in a town about eight hours from here.

To finish his story for now, we were at Lamar’s for prayer meeting tonight. Afterward, we men talked about life and spent some hours studying the Bible together.

Daniel seems to sincerely want to serve the Lord; he is a believer, but hasn’t had much teaching in recent years. He has some things he needs to work on at home, and he pledged to go home to be the husband God has called him to be. We encouraged him to faithfully study the Bible and to pray every day for the Spirit’s help and direction, without which we cannot hope to live victoriously over sin.

This morning Daniel came down to our place to visit a little while. We needed to go into Izcuchaca to get Walter’s vaccinations at the Centro de Salud. Jolynn also wanted a Yellow Fever vaccine. Daniel walked out to the combis with us. He didn’t have enough for pasaje, or he didn’t want to use his savings for it, rather. I gave him enough to get to town and back again. (It costs about 30 cents for a trip.)

We got to town and asked around for the Centro de Salud. The kind ladies along the street told us to take a mototaxi, which is a dirtbike with a seat on the back, essentially. We were able to fit all our family and Jolynn in there–nine people! I hope you have the experience someday.

They can’t give vaccinations without Walter’s DNI (his Peruano ID), but we can’t get a DNI without his vaccinations. They told us to go back to the municipio to try again and to tell them that they must give us the DNI. I talked with the lawyer who has helped us with migrations stuff, and he didn’t have any better ideas.

We were tired and hungry and late for lunch, so we went home . . . to try again another day. 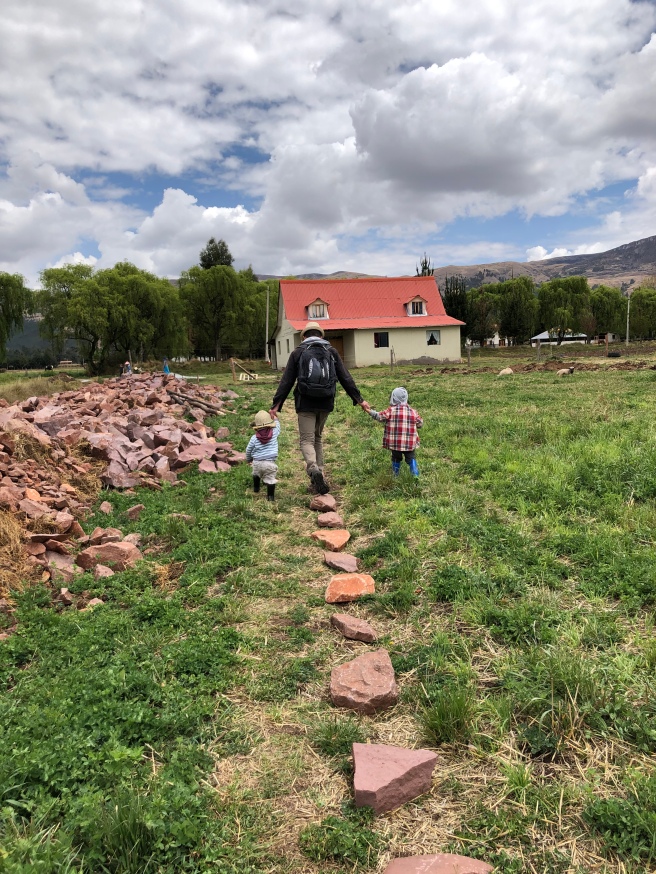 P.S. While we were at the posta, an emergencia came in: a teenage girl was vomiting blood. From what we gathered, we assumed she had poisoned herself in a suicide attempt. There is such sorrow in the world without Jesus!