*I wrote this yesterday, but I didn’t find time with wifi to send it.

Well, the meetings are over. The time has really flown by. I was thankful to have a bit of wifi to be able to keep touch with Steph.

It sounds like things have gone pretty well for her; although, she did walk along our roof to climb through the upstairs window and into the locked boys’ bedroom. She said she ended up slightly bruised in body and rumpled in spirit, but she succeeded in getting the bedroom door open. I had to wonder if risking her life was absolutely necessary while I was out of the country, but three cheers for her bravery.

Everyone is gone from the meeting. I believe they said it was over 240 registrants, which put the evening meetings closer to 300 people. I did not meet all the pastors who came, and I have forgotten nearly all the names of the ones I did meet. I am terrible that way.

I often purpose to improve my ability to remember names and the faces they belong to, but I haven’t yet managed. It is always a bit mortifying to have a body come up to me and say my name with great enthusiasm and indicate his joy at reacquainting, only to have completely forgotten his existence among the sons of Adam.

Is it wrong of me to play a game of Twenty Questions with him with the intent of discovering who he is without crushing his joyous bubble by declaring, “Depart from me, for I never knew you”? I am rather good at that game, and I prefer to keep people happy when possible.

Even if I cannot remember a name, and were I to be tortured under Inquisition, I could not recall where a person lives, I rarely forget a person’s character or values.

There’s the man who loves talking about the young believers he’s mentoring. And there’s that woman who prefers talking about her co-missionaries problems (not to me, but she talks not quietly to other ladies–I move away from her table). And there’s the man who is about as excited to share the gospel of non-GMO foods as he is to talk about the Bible. I think I’ll go sit with the first fellow.

I have learned or reestablished a lot this week. During the break times, I generally sat alone and simply thought while everyone else was busy visiting. (Maybe that’s why I forget names.) There was so much to mull over. I started a list titled “Ways I Can Improve” and added to it throughout the meetings. Going home, I’ll need to come up with plans for implementing those items.

The one big takeaway that jumps to mind was Steve Ebersole’s classes on leadership. He had a list of contrasts between leadership and lordship that was powerful and practical. Keeping Jesus as the focus and as the head of all our decisions clears up many problems.

It was also a joy to meet a number of friends I hadn’t seen in years. I spent my meals catching up with dear ones from my past. That was a bonus encouragement from the meetings.

I plan to help clean up around here today. I don’t know where I’ll be staying tonight. My flight is tomorrow afternoon.

Turns out I was kinda forgotten. A fellow asked me close to lunch time what my plans were, and I told him I was still waiting to find out. He checked a list that said I had left Friday morning; I assured him I was standing in front of him. He invited me to his place for the night.

Brian is a mechanic. He had some work to do, including pulling a radiator. Since mechanic work is my absolute favorite, it made for a fun-filled afternoon. Heh, heh

Brian and his one son own many milking goats. I truly did enjoy checking out their systems and making notes. I was able to help milk that evening. I believe they have fifteen in milk. I was thankful for the tips I picked up.

Unfortunately, Brian and I hit it off well, which meant we stayed up talking long past bedtime. One of the costs of meeting new friends. My sleep wasn’t horrible this week, but I did find sleeping in an open dorm with twenty champion snorers difficult.

Add to that my not sleeping beyond cat naps for over twenty-four hours, and I was shot by this afternoon. Abbey says she and I were talking this afternoon when all of a sudden I started snoring. Well, I learned from the best this past week!

Lamar offered to pick me up. I caught a taxi to Izcuchaca and met him there. I pushed my suitcases down in a wheelbarrow, getting home around 8:45. I ran through a shower, and we headed to church, arriving a couple minutes late. I fought sleep some.

After the service we handed out tracts. Because I was so tired, our family only did a short section of the street below main street. I slept all afternoon until chore time.

Steph had decorated a cake for me, which was special. She is sweet. The cake was, too.

It was a great week, folks, but am I ever glad to be home. I have felt the effects of the elevation change, but I plan to take it slow over the next few days. Thanks for your prayers and support. And Marcos, thanks for the coffee! 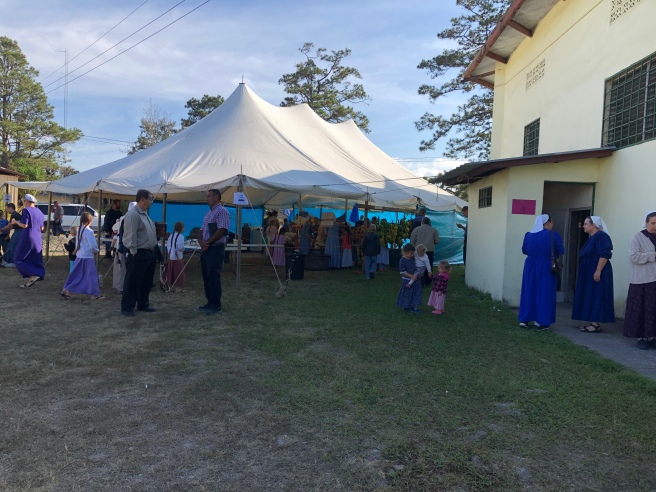 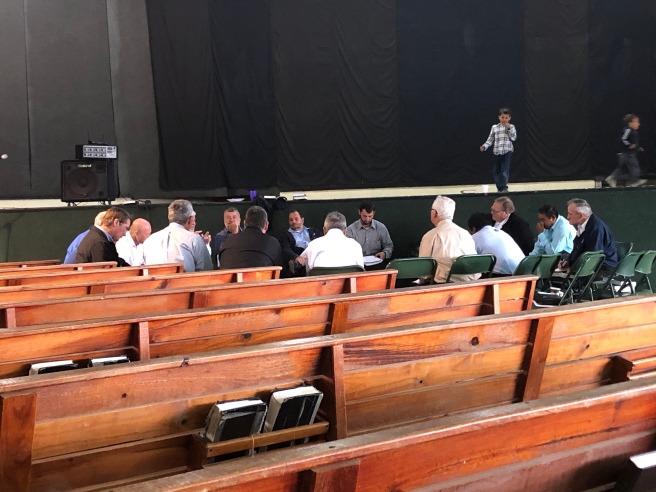 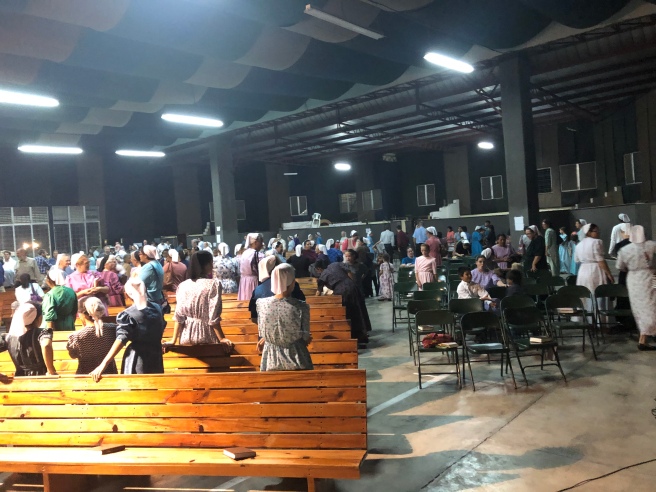 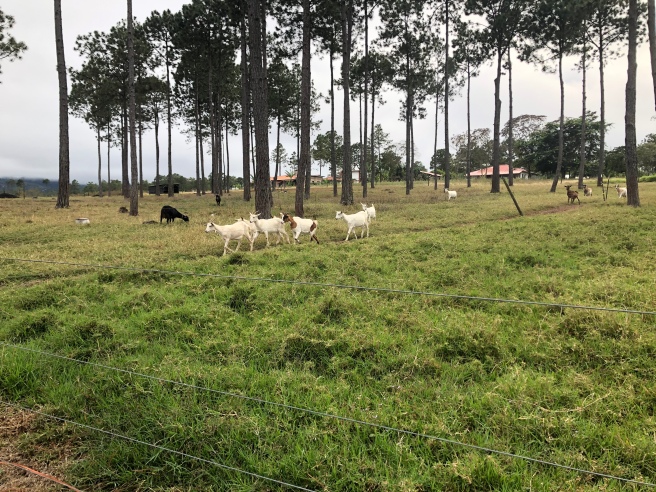 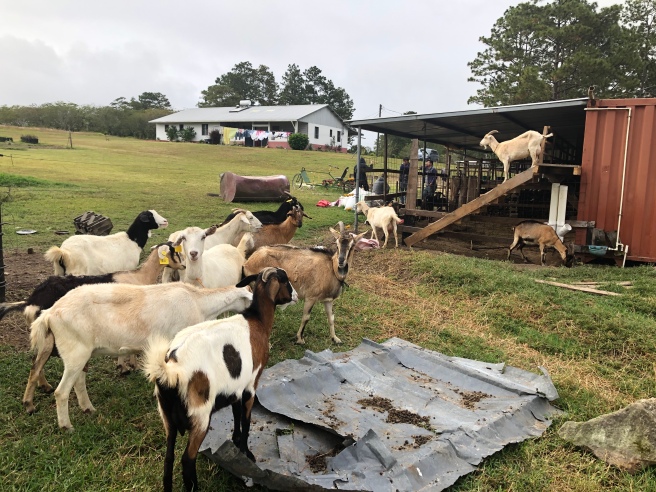 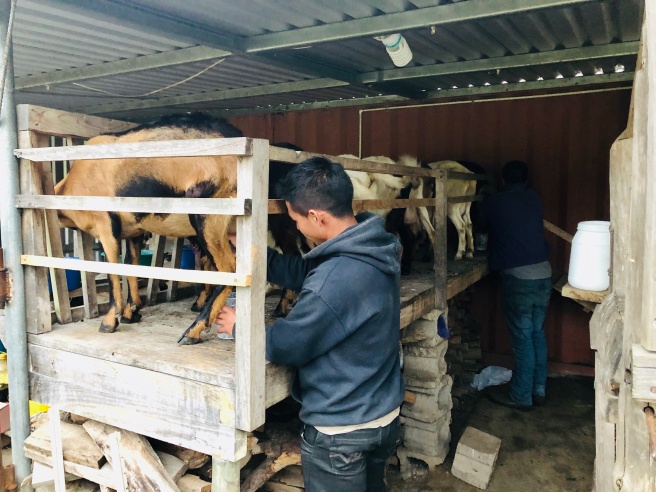 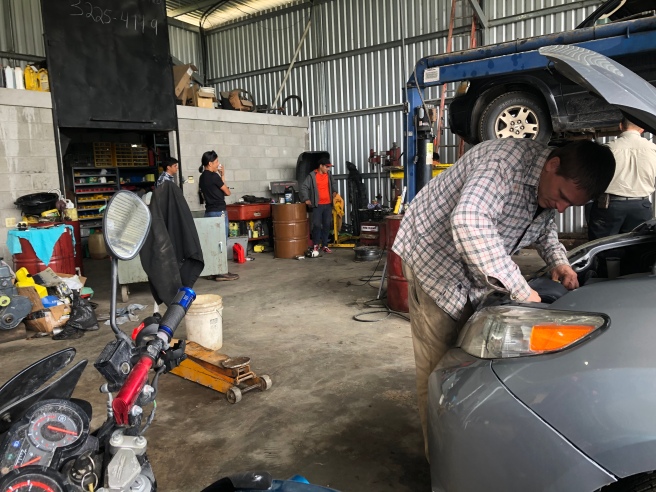 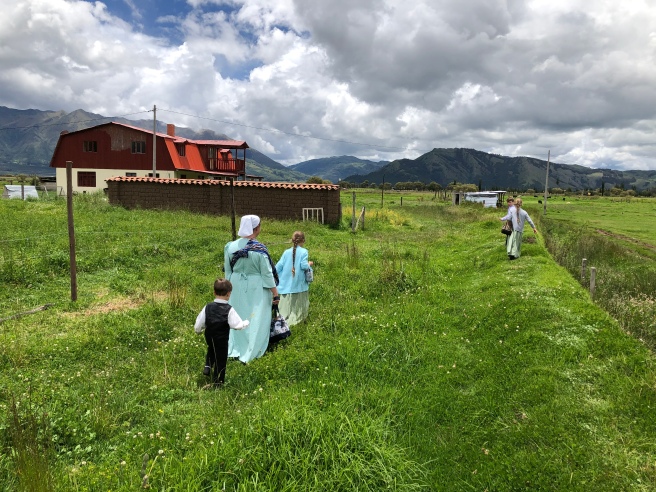